The region is characterized by a harmonious arrangement among all relief forms: 30% mountains, 30% sub Carpathian landforms, 40% plateau. The diversified relief offers plateau and plane areas suitable for a large variety of agriculture, and mountain areas with spectacular landscapes favourable for tourism development and organic farming. The quality and type of the soil varies significantly across the region.

The main environmental problems of the North-East Region are linked to: poor management of the industrial and housing waste (non-selective collection, decreased level of revalorisation and/or treatment of waste, inadequate depositing, existing sawdust deposits on river shores alongside roads); deforestation, with implications in amplifying the land slips; soil erosion phenomena which affect, mainly, the east side of the region; hazardous levels of air pollution within and around the main cities.

The Dorna Valley surpasses other areas of the North-East Region of Romania with regard to the availability of public goods. Many of the farms in this region conduct their activities using traditional, extensive practices. Thus, the main agricultural activities in the region are focused on livestock, primarily cattle, but also sheep.

The public good that will be investigated is “natural landscape”. The stakeholders have considered this to be an essential resource in the Dorna Valley region, due to its direct impact on the tourism sector and its indirect impact on the agro-food sector. Tourists usually visit Dorna in order to benefit from nature walks, outdoor sports and relaxation. The agro-food businesses in the region benefit from the forested mountainous environment by generating high quality food products, which are then sold to consumers who associate the Vatra Dornei brand with healthy food due to the natural landscape. All of these activities are essential parts of the local economy and its perspective for sustainable development.

Natural landscape is affected by several activities in the region, including illegal deforestation, conversion of natural pastures to farmland, as well as increased urbanization and real estate development. Such activities can be curbed if local entrepreneurs were provided with consultancy or education services which would provide knowledge regarding successful sustainable farming and forestry practices and consultancy on leveraging funding opportunities for green businesses. In addition, the provision of AES payments would help in vectoring their efforts for improving farming practices and provide a financial motivation for such activities. 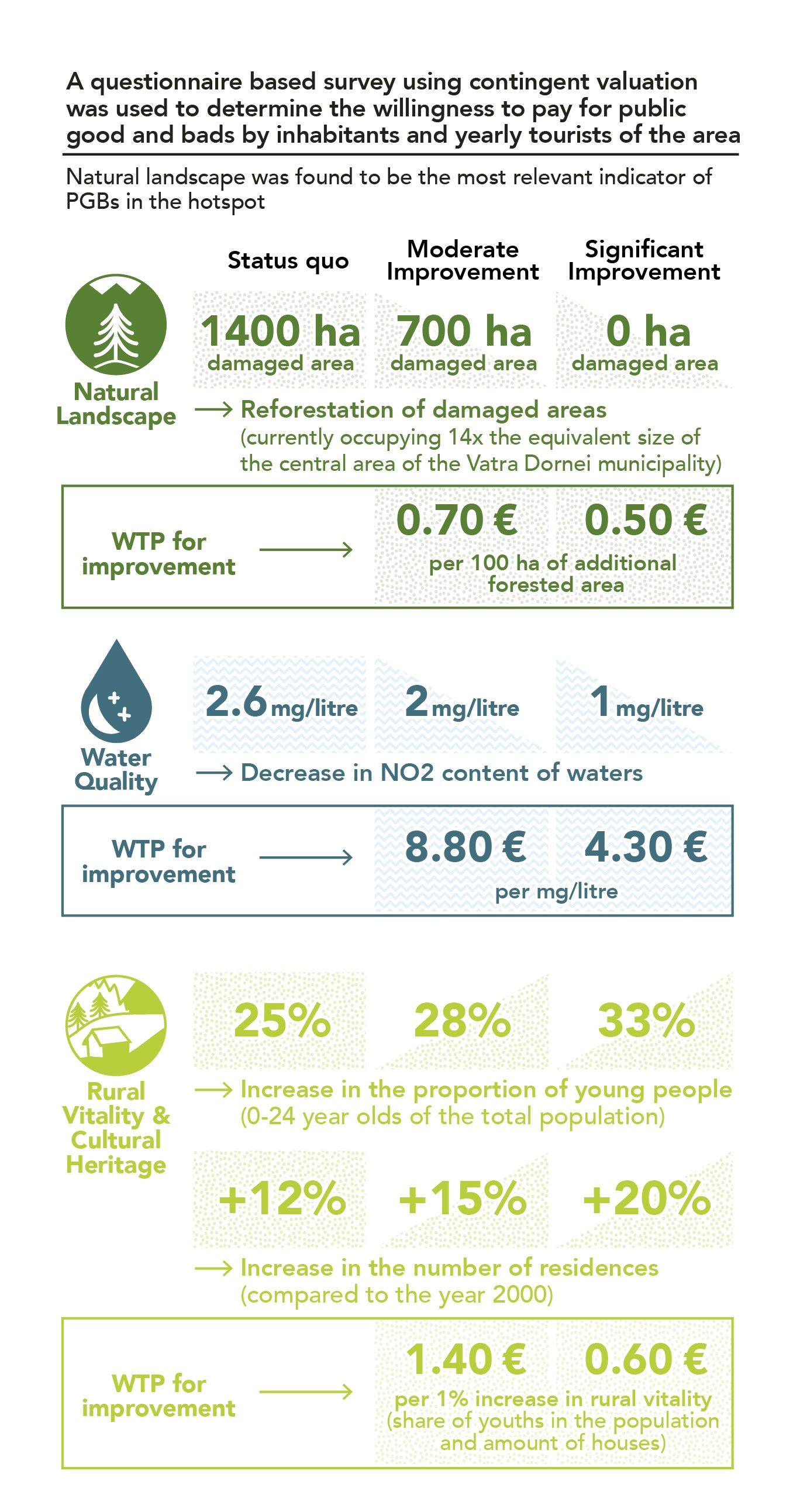 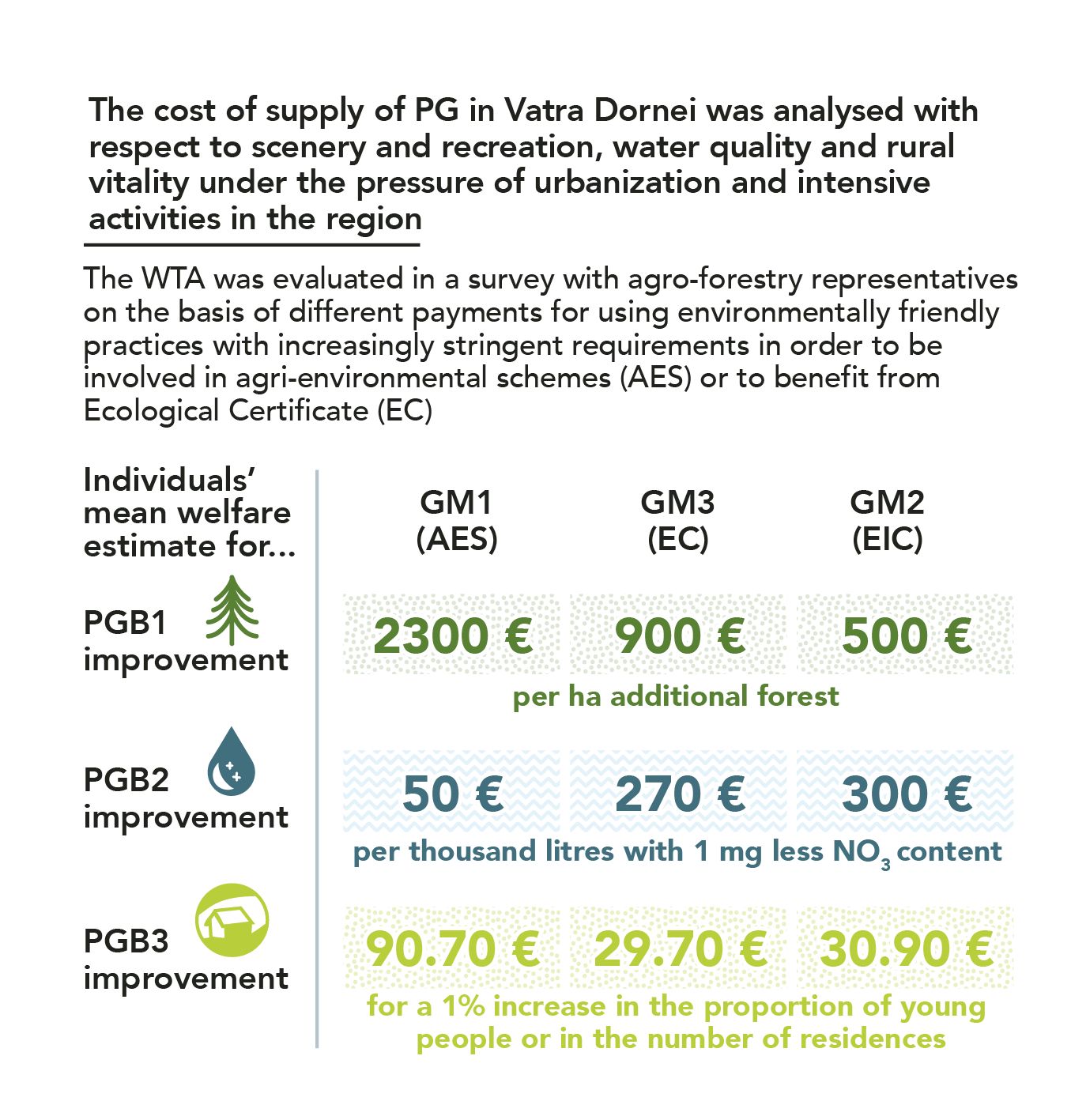 Read more… on the valuation of public goods for the demand and supply side carried out in the case study region. 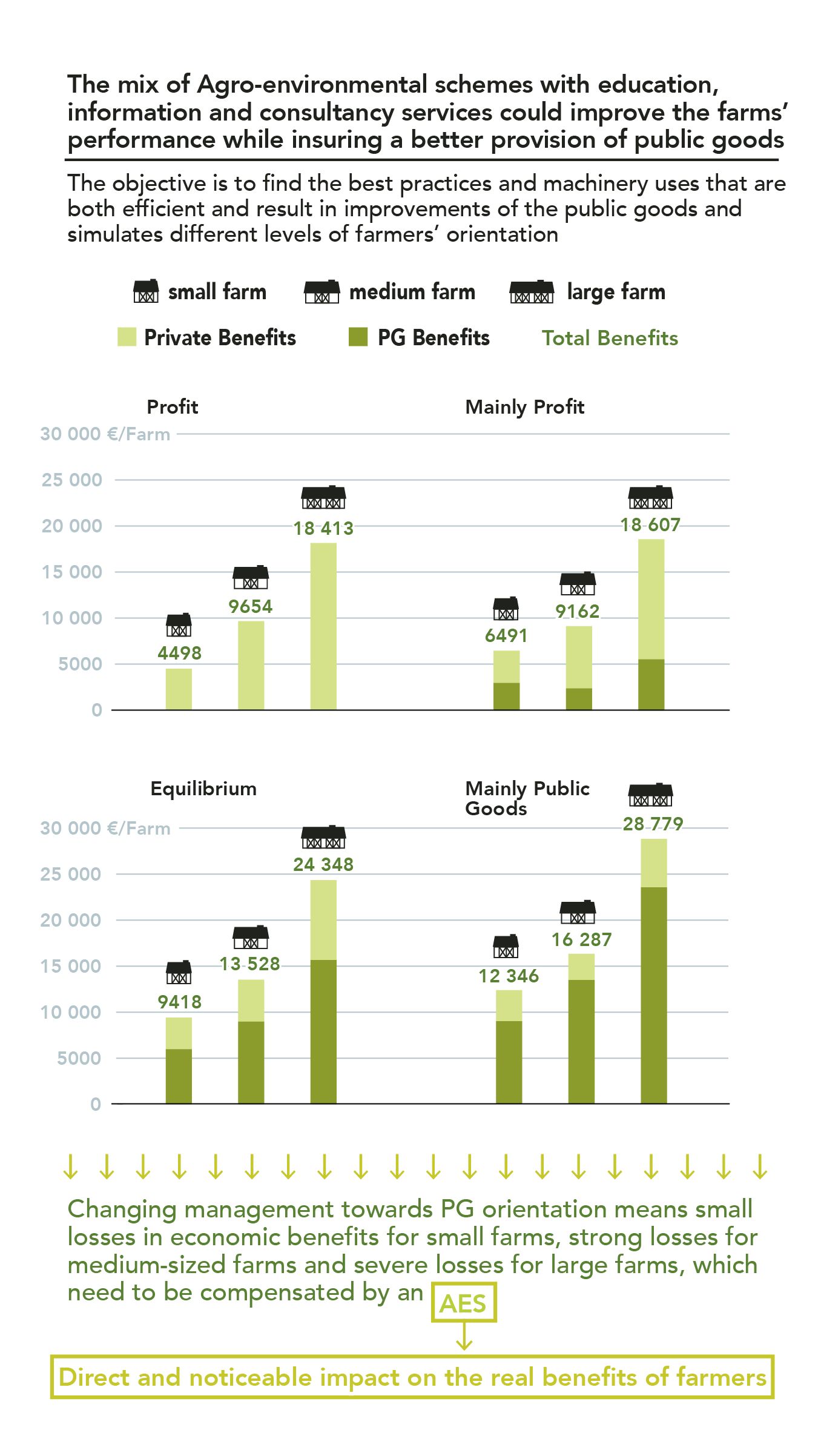 The mix of an agri-environmental scheme and education/information and consultancy services are proposed. Read more…