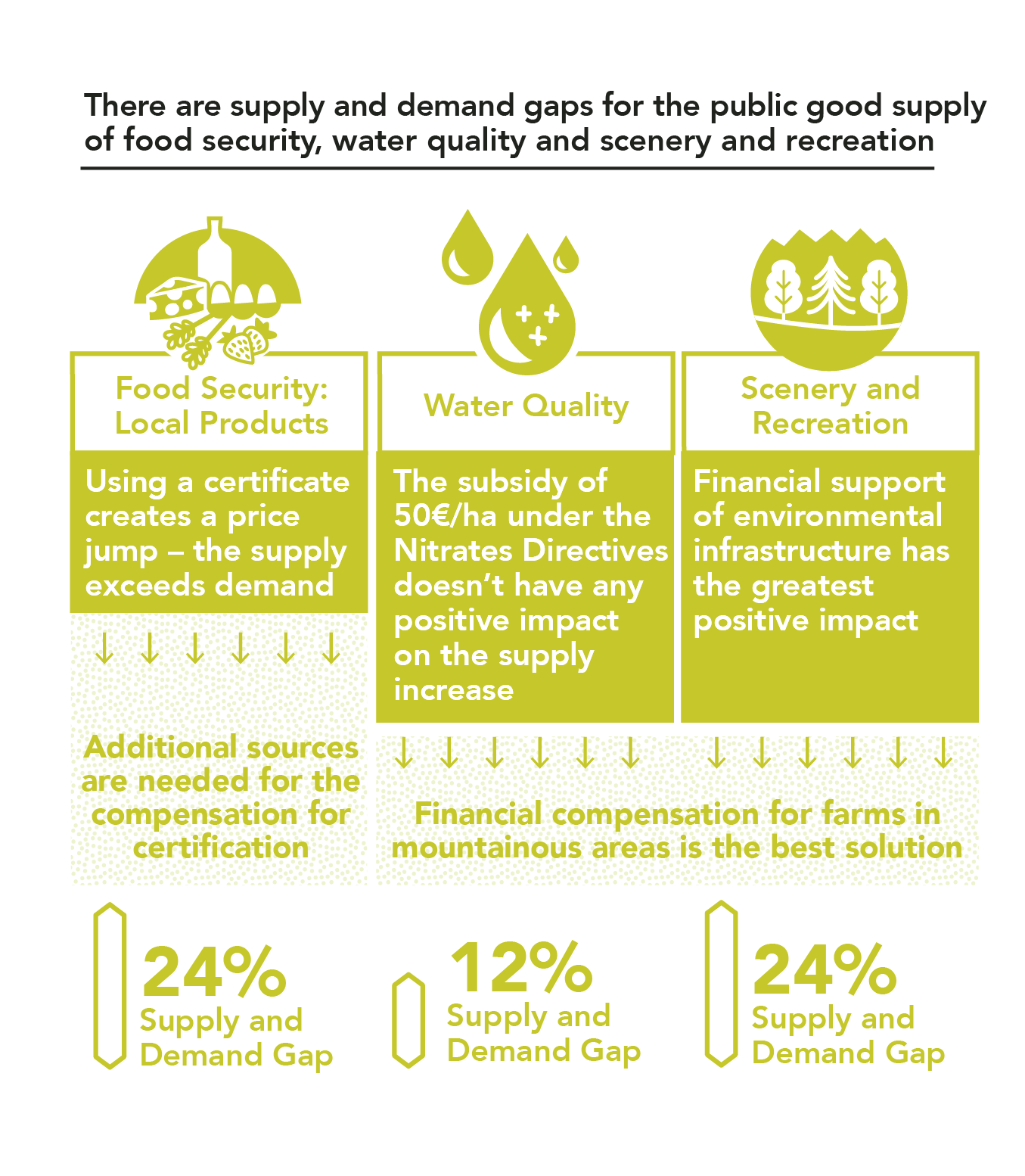 The public goods adressed in the study are water quality and availability, food security and scenery and recreation

The sample for demand of public goods survey includes 87 respondents.We used a quantitative approach: we used logit models including interactions with the attributes of PGBs and the constant with socioeconomic variables to identify significant relationships between these variables and benefits of PGBs provided by the CSR. We run one model per variable (i.e. potential determinant) including interactions between it and the two attributes representing PGBs (water quality and food security) provided by the HS Mountain in the CSR BG. An example of this model for the variable representing if any individual’s relative MOTIVIPLF (How much are motivated the respondents to pay more for local foods). Also, we include interactions between the variable and the constant, which can be interpreted as relationships between the 2 PGBs.

There is a moderate positive correlation between the desire to pay more for purchasing local products and the interest in purchasing this (correlation coefficient 0.448). A strong dependence is established between the priority that respondents give to food security  and water quality (0.520). For the most part, the interdependencies between the variables studied, where it is found to be statistically significant, are moderate.

The sample includes 30 farmers from CSR. We used a qualitative approach: we used hi squared method to determine interactions with the PGBs and the socioeconomic variables of local farmers.