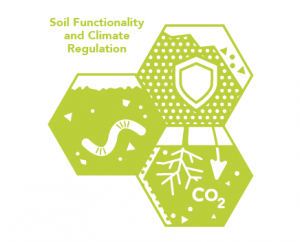 In the intensive Austrian Marchfeld (AT-1), mainly the arable management, with in parts insufficient acceptance and implementation of soil conserving and humus accumulating agricultural management strategies, is considered a threat to soil functionality and carbon sequestration. In the peatland areas of the Rhinluch in Germany (DE-1) the specific situation of agricultural management on deep-drained peatland areas strongly impacts on the ability of this ecosystem to function as carbon sink, due to peat degradation and the related emissions of carbon dioxide. In the mountain areas of the Bologna province (IT-1), the amount of soil erosion depends on the crops cultivated and the slope of the agricultural fields, while carbon sequestration is seen a public good mainly provided by abandoned and forestry area.